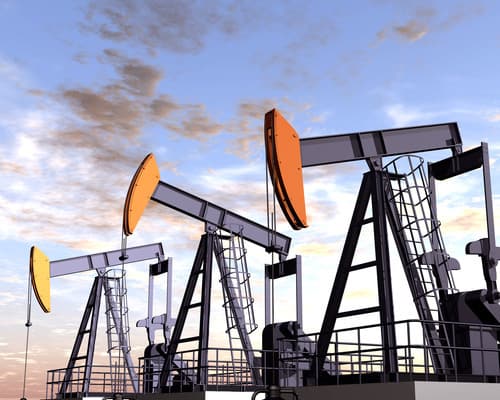 The oil and gas industry has nearly always been synonymous with big business especially in Texas. It’s been at the heart of economic booms and busts in America and around the world. Whether prices are on the rise or falling this industry represents a major portion of the economy. The oil and gas industry is also responsible for countless technological innovations and process developments that become valuable intellectual property.

Early European explorers first noted the presence of oil deposits in North America in the 16th century, and settlers made use of oil in various forms throughout the next centuries. It was oil grease that lubricated the wagon wheels of pioneers heading west. A derivative of oil, kerosene, became one of the most commonly used commodities of the 19th century. The first oil company was founded in America in 1859 after a discovery near Titusville, Pennsylvania. That town and the settlements around it experienced a boom, gaining the attention of wealthy and influential men like John D. Rockefeller who would go on to start the Standard Oil Company.

Ever since the days of Rockefeller and other oil industry titans drilling concerns have looked for better, more efficient ways to harvest North America’s oil deposits. Sometimes gaining access to the oil was simple. A straightforward drilling operation could locate rich deposits perhaps less than 100 feet below the surface of the earth. However, many of these deposits were quickly consumed. Oil and gas companies needed to develop ways to find less accessible deposits. They also needed to figure out how to procure the “liquid gold” that was trapped beneath the earth and the oceans.

The oil and gas industry and technological development have always gone hand-in-hand. From the earliest days of drilling technology has been an essential part of accessing and producing oil. The company that came up with new, improved methods for locating oil and getting it out of the ground was more likely to succeed in a fiercely competitive marketplace. Gaining the innovative upper hand became of paramount importance.

That remains true today. The major players in the oil and gas industry spend billions of dollars every year on research and development. They have entire departments devoted to writing and filing patent applications that will guarantee them exclusive use of their proprietary technology. It’s as fiercely competitive today as it was when Rockefeller was toppling his rivals, and it’s probably become even more difficult to obtain meaningful patent protection.

Working with a skilled intellectual property attorney is a reliable way to determine whether or not you should try to obtain a patent for your invention. Perhaps you have developed a new technique or innovative drill bit that will make it possible to reach oil deposits that weren’t accessible before. Your idea may be an exciting and totally new invention that no one has ever seen before. If it is, then it could be valuable.

Contact Williams IP Law to learn more about the patent prosecution process. Your innovation could be the key to a bright future in the oil and gas industry. As a Texas patent lawyer Jeff has considerable experience when it comes to working with inventors in the oil and gas industry. You’ll know you’re in good hands when you work with the Williams IP Law.