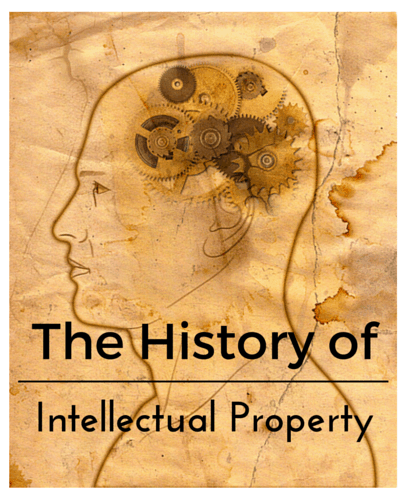 The origins of Intellectual Property

The history of intellectual property is complex and fascinating. It begins in 500 BCE when Sybaris, a Greek state, made it possible for citizens to obtain a one year patent for “any new refinement in luxury.” Patent, trademark and copyright laws have become more complicated in the ensuing centuries but the intent remains the same. Countries establish intellectual property laws to foster creativity and to make it possible for the inventor to reap the benefits of their ingenuity.

Mentions of copyrights, patents and other matters of intellectual property law are sparse in early history. It is not until medieval Europe that some major and well-known legislation was passed. The first of these was the Statute of Monopolies. This British law was established in 1623. At the time, all major industries were controlled by guilds. Each guild held considerable power, with the government endowing them with the ability to dictate what products and raw materials could be imported as well as how those items would be produced and sold. Moreover, the guilds were responsible for bringing all new innovations to the marketplace, essentially giving them ownership and control over inventions even if they had nothing to do with their creation.

The Statute of Monopolies changed that by allowing the author or inventor to retain their ownership rights. Monopolies, in the form of government-sanctioned guilds, were no longer granted. The law also guaranteed the inventor a 14 year period during which he had the exclusive right to govern how his invention was used.

Other significant legislation came in 1710 with the Statute of Anne. This law similarly provided a 14 year term of protection. It also gave inventor the option of seeking a 14 year renewal term. Aimed largely at copyrights, this law granted authors rights in the recreation and distribution of their work.

Intellectual Property in colonial US

Shortly after the U.S. broke away from Great Britain, most of the 13 colonies had established its own system for intellectual property protection. The one exception to this was Delaware. However, it was soon apparent that having each state operate its own system of intellectual property protection was problematic, leading to the establishment of federal laws that had precedence over any state laws.

In 1883, the Paris Convention came into being. It was an international agreement through which inventors could protect their innovations even if they were being used in other countries. Writers came together in 1886 for the Berne Convention which led to protection on an international level for all forms of written expression as well as songs, drawings, operas, sculptures, paintings and more. Trademarks began to gain wider protection in 1891 with the Madrid Agreement while the offices created by the Paris and Berne Conventions eventually combined to become the United International Bureaux for the Protection of Intellectual Property, the precursor of today’s World Intellectual Property Organization, which is an office of the United Nations.

Through centuries of development and innovation, inventors and creators now have dozens of options when it comes to protecting intellectual property. If you are in need of any intellectual property services in Texas please contact the Law Office of Jeff Williams PLLC for your free consultation.