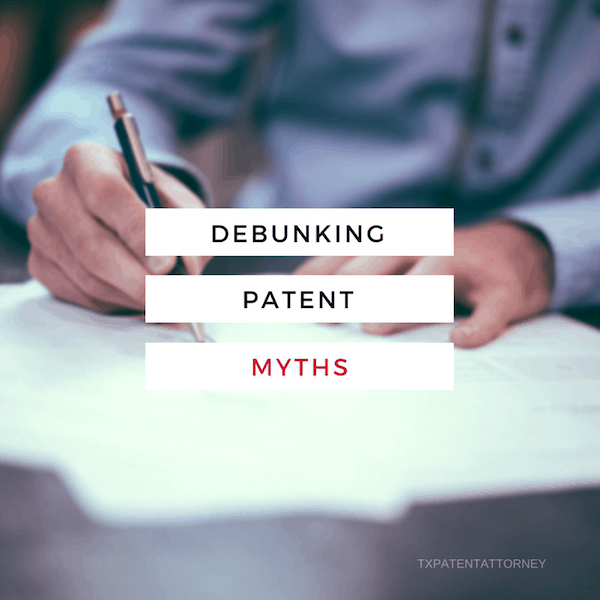 The world of patents is a complicated one, and an incredible amount of misinformation seems to be floating around in it at any given time. The best way to dispel these myths is by confronting them. When you understand more about what patents really are and how they can protect your intellectual property, you will begin to see what a valuable asset they can be. The assistance of an experienced patent attorney will help you see past the common myths that are described below.

Each country has a unique set of patent laws and regulations. Accordingly, it is necessary for inventors to apply for separate patents in each country where they will sell or produce their product. Applications in additional countries also may be necessary to prevent competitors from infringing the claims of the patent elsewhere. For instance, China has a reputation in the IP world for making and selling products that infringe on the rights of patent holders who have pursued protection in other countries. Some inventors are now applying for patent rights in China to proactively prevent this.

If an inventor wants to obtain patent protection in numerous countries, then it may be wise to do so with a Patent Co-Operation Treaty, or PCT, application which gives the owner the ability to select from nearly 150 countries with the filing of a single application.

The typical patent application contains several parts. The “specification” describes the invention in great detail while the claims more particularly point out the subject matter that the inventor wants to protect. Frequently, the application contains drawings, or figures, that graphically describe the invention. These figures are really just a visual demonstration of the invention, and the images themselves are not afforded patent protection.

If an inventor feels that the way their product looks is truly revolutionary, then they may want to pursue a design patent. Such a patent protects “ornamental designs.” The term of protection on a design patent is 14 years.

For years now, insiders in the biopharmaceutical industry have warned of a patent cliff. This “cliff” was supposed to be a moment when the patents of many famous and widely-used drugs would expire. As drug patents expire, it becomes possible for competitors in the industry to start making generic drugs with the same ingredients. Big pharmaceutical companies feared that this cliff would spell certain ruin for them, but this simply hasn’t occurred. Rather, the market shows a pattern of rising and falling revenue, with no cliff in sight.

Learn More from an IP Attorney

It’s rarely a good idea to rely on rumors or myths when it comes to patent law. This is a complicated subject, and the guidance of a patent professional is a must. Contact a knowledgeable IP attorney today to debunk more patent myths and to find out whether or not your latest idea is patentable.