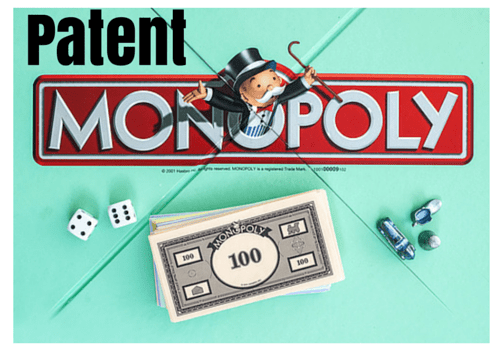 Patent Monopolies in the News

Word of patent monopolies sometimes springs up in the news. When Google paid Motorola $12.5 billion to acquire its smart phone technology they were essentially attempting to monopolize a huge chunk of cell phone related intellectual property. A similar situation occurred when Apple and Microsoft banded together to pick up a portfolio of patents from Nortel Networks. They acquired somewhere around 6,000 patents for a cool $4.5 billion. It’s something that Texas patent attorney Jeff Williams sees all the time, and something that potential clients often ask about.

Why they do it

Why would companies that are already recognized leaders in various technological fields be so anxious to acquire the intellectual property rights of others? The short answer is that they are trying to avoid litigation. Suppose that Google plans to introduce a new smart phone onto the market. They’ll work hard to obtain patent protection for many of the innovations that go into the phone, but it’s almost a foregone conclusion that some aspects of their invention will infringe on someone else’s rights. This could mean that Google’s new phone would end up bogged down in endless litigation as the giant company is forced to fight lawsuits from one or more inventors accusing them of infringement. It’s an expensive and time-consuming prospect. However, the more patents Google owns the less likely they are to be sued for infringement. This makes acquiring other company’s intellectual property good business sense.

It can be argued that this hypothetical situation also gives Google a monopoly on the smart phone technology market. In fact, some scholars argue that a patent is nothing more than a legally granted monopoly. That’s because a patent does not grant the owner the right to manufacture their invention. Instead, it enables the holder of the patent to prevent others from using their technology. By picking up all the smart phone technology patents it can, Google or other companies in the same industry can be said to be cornering the market. Rather than being sued, the company that holds the monopoly is more likely to be able to sue, thereby forcing others to avoid competing in the same market.

Some scholars have argued for years that patents are an unfair and artificial monopoly that stunts innovation. Inventors who know of the existence of certain patents turn their focus to other areas instead of feeling free to improve upon or expand existing technology. Their fear of being bogged down in litigation prevents them from pushing forward with innovations that might be of great benefit to society.

However, there are still many arguments in favor of intellectual property laws. Inventors and companies expend enormous resources in the design and development of new technology. When their innovations are sufficiently revolutionary it seems only right that they should be able to monetize their invention while restricting others from doing so. Patents typically last for approximately 20 years. After the expiration of a patent, others may begin making use of the innovation with little fear of reprisal.

U.S. patent laws may not be perfect, but they are designed to protect the sweat and hard work that inventors put into their creations. Without them, people may have less motivation to spend the resources that innovation requires.