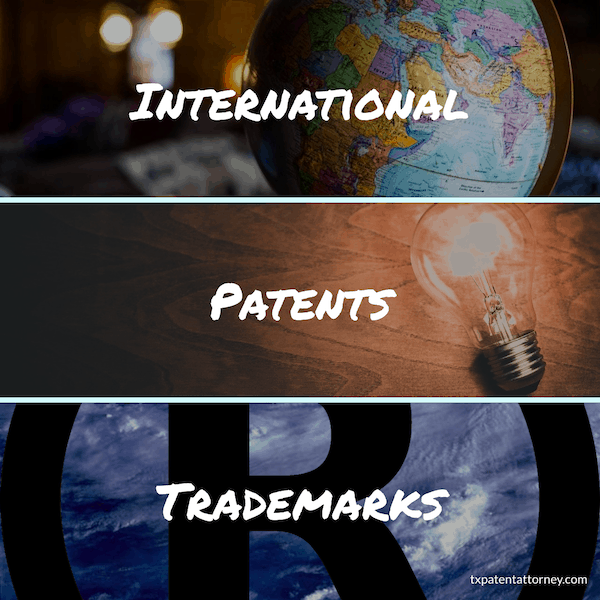 A patent is the government grant of the right to prevent others from making, using, and selling an invention for a specified time (20 years from filing). Patents are examined based on a number of criteria. Domestic patents are granted by the U.S. Patent and Trademark Office, called the USPTO, and must be new, useful and non-obvious. Foreign patent offices, typically within each country, grant patents based on similar criteria as that of the U.S., being new, useful, and have inventive step. Domestic, foreign, and international patent application processes are complicated legally and procedurally, so it is wise to consult with an experienced patent attorney as early as possible in the evolution of the invention in question.

A patent application may initially be filed in one of three ways:

The PCT is an international procedure established by an international agreement to which the U.S. is a signatory. The PCT is administered by a United Nations agency, the World Intellectual Property Organization (WIPO), which is headquartered in Geneva, Switzerland.

WIPO has established an intricate, well organized system for the filing and administration of international patent applications. In the U.S., PCT applications can be filed with the USPTO, a PCT receiving office.

An international patent application has a number of benefits. First, it acts to grant an inventor additional time (around 30 months) to decide which particular countries to enter. The extra time is useful where the product is in an initial stages of development and marketing and further time is needed to establish the key market areas.

It is important to determine early on in the patenting process whether you as a business or entrepreneur desires to expand patent protection to the international markets. The globalization of markets and intricate networking of economies necessitate its consideration. Patents are geographical in nature and each inventor should consider applying for a patent here in the U.S. and also in foreign countries.

Foreign applicants who want to pursue a U.S. trademark application or maintain a U.S. trademark registration now must comply with a new rule. The rule stipulates that foreign-domiciled applicants and registrants work with the U.S. Patent and Trademark Office via a U.S.-licensed attorney.

This means that all individuals or business entities that want to file a new U.S. trademark application or maintain an existing U.S. trademark registration must work with a U.S.-licensed attorney. Applicable to all foreign-domiciled applicants, the rule even pertains to Canadian trademark attorneys and agents who used to be empowered to practice before the USPTO.

The rule went into effect on August 3, 2019. It is aimed at reducing the number of compliance problems with U.S. trademark laws and regulations before the USPTO. Officials say that the rule also will improve the accuracy of all submissions sent to the USPTO while protecting the U.S. trademark register’s integrity.

Requiring local legal representation to file trademark applications and other documents is common in other nations. USPTO officials believe that not making a similar requirement in the U.S. led to abuse of the registration system. This abuse took the form of inaccurate and in some cases fraudulent filings that were not in compliance with the law or the USPTO’s regulations. Some of the questionable applications and filings appeared to have been handled by foreign parties who were not authorized to practice before the USPTO.

The new law is designed to ensure that foreign applicants and registrants receive proper representation before the USPTO. Moreover, it is believed that requiring a U.S.-licensed attorney to collaborate on filings for foreign applicants will result in less fraud, fewer mistakes and enhanced compliance with the rules of the USPTO.

Anyone considering how to protect an invention or trademark nationally and internationally should seek the advice and assistance of an experienced patent lawyer. Seek qualified, knowledgeable legal patent counsel.