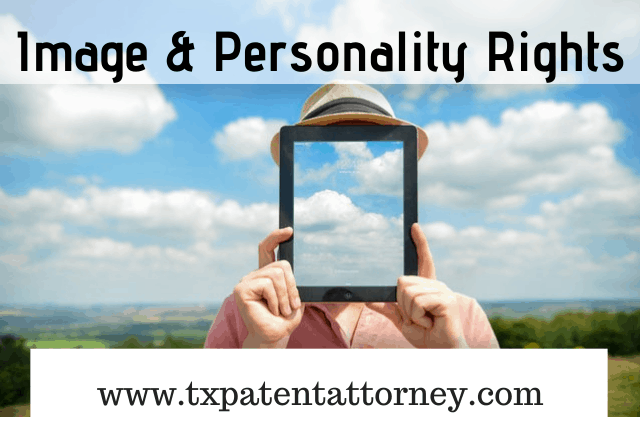 Certain image and personality rights cases make headlines from time to time. One of these occurred in 2014 when Hollywood actress Kathryn Heigl sued the Duane Reade pharmacy inside Walgreens after the company captured and used an unauthorized image of her for promotional purposes. The actress had simply visited the pharmacy in New York one day. An enterprising individual snapped her picture, and the company subsequently tweeted the image on their Twitter account. Heigl sued and the case was settled when the company agreed to make a donation to the charity of Heigl’s choice.

Also in 2014, basketball great Michael Jordan sued Jewel Foods over the use of his name and image in advertisements for the grocery store chain. Jordan had already won an almost nine-million dollar award from a prior personality rights violation case involving another grocery store chain, Dominick’s. The outcome of the prior case inspired Jewel Foods with an urge to settle the claim quickly. Jordan donated all proceeds to charity.

Image Rights in the US

One of the most interesting, and least understood, components of intellectual property law relates to image and personality rights. Perhaps this is because the U.S. seems to be somewhat behind the U.K. and Europe when it comes to protecting these valuable rights. In fact, there is no federal law in the U.S. that specifically protects a person’s image or personality. What we do have are various state laws and a reliance on common law.

Texas only uses common law to protect a person’s image rights. While this may not seem sufficient to protect an individual when their likeness is used without permission, it is actually quite effective. Mountains of case law provide the necessary precedent for people to be able to control how they are presented in the public sphere.

What Are Image Rights?

The concept of image rights argues that every individual has the right and ability to decide how their picture, name or voice is used. Image rights often are of most concern to athletes in the U.S., Europe and across the globe. For instance, football players in Europe will often sign over some portion of their image rights to their team. The team hopes to profit through use of the player’s likeness, name and signature on merchandise. However, the player will want to keep as much of their image rights as they can. This gives them the ability to seek sponsorship elsewhere, which often is a lucrative arrangement.

Some celebrities in the U.S. and elsewhere have resorted to obtaining a trademark registration for their image, signature and other representations. This federal protection gives them the right to sue infringers for misuse. It also ensures that no one can profit from the use of their likeness without a license. Doing so could easily result in a lawsuit.

What Are Personality Rights?

Most frequently, personality rights are asserted by celebrities who find that their image, voice or other representation is being used to advertise or endorse a product. If the celebrity has no actual connection to the product and did not supply their consent to use of their image, then they have the right to sue for damages.

Essentially, personality rights fall into two main divisions: the right to publicity and the right to privacy. The right to publicity refers to the individual’s ability to protect their likeness from being used for profit without their permission or appropriate compensation. The right to privacy refers to an individual’s right to not be exploited. For instance, a celebrity might sue a company that uses an image of them taken when they were merely performing routine acts like going to the grocery store or the pharmacy. If the grocery store then tries to use that image in its advertising as an implied endorsement by the celebrity, then the store may be subject to legal action.

Typically, the offending company is forced to stop using the advertisements in question. Damages may be due to the individual whose personality was exploited.

Even people who aren’t famous have the right to protect the use of their image, name, signature and other likenesses. If you’d like to learn more about this and other intellectual property matters, contact the Williams IP Law.