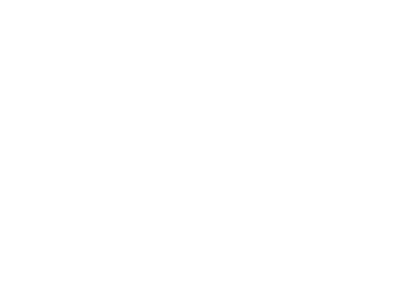 Several forms of intellectual property protection are available. Patents, trademarks and copyrights are among the best known. However, there’s a fourth type of known as trade secrets.

Unlike other forms of protection, trade secrets don’t get registered or published. Doing so would be against the express purpose of this protection. Do you have proprietary assets that should be protected as a trade secret? Read on to learn more.

What Is a Trade Secret?

Trade secrets may be almost anything that gives one competitor an advantage over another. It could be a recipe, a chemical formula, a computer algorithm, a business strategy or a new invention. Whatever the item is, it’s necessary to take proactive steps to protect it.

While eventual expiration of patents and copyrights is inevitable, trade secrets never expire as long as the owner continues to make efforts to maintain confidentiality. Accidental disclosure, or disclosure through theft, must be guarded against, and it’s possible to enforce trade secret rights in U.S. courts.

The concept of trade secrets is not new. In early America, legal precedents were already being made. The year was 1837, and the case was Vickery v. Welch. Defendant Welch was a chocolatier who, through years of work, had perfected a method for making chocolate. He sold his business to Vickery, along with his insider’s knowledge. However, Welch decided to pass on his knowledge to others. Vickery objected, believing that he had paid for the exclusive right to use Welch’s secret practices. The court found for Vickery, decreeing that Welch had breached the sales contract and defeated the purpose of the deal by not maintaining the secret of his methods.

Today’s laws are based on this early case and others like it. Additionally, most states have developed laws that are based on the Uniform Trade Secrets Act. These laws provide owners with a means of seeking compensation and protection of their rights when someone misappropriates their secrets.

Why Do Trade Secrets Matter?

Sometimes, the concepts, processes and items that are protected as trade secrets are one of the things that makes a product what it is. One of the most famous trade secrets is the formula for Coca-Cola. It’s been protected for decades, and the company continues to go to great lengths to ensure that their secret doesn’t get out. Another well-known example is Colonel Sanders’ secret 11 herbs and spices that go into his original fried chicken recipe at Kentucky Fried Chicken franchises. The colonel kept his recipe secret, and it’s a tradition that the company still follows today.

For many, trade secrets matter because they are the vital ingredient in a service or product that gives the owner a leg up on the competition. It’s what differentiates them in the marketplace, and it may be what keeps customers coming back. A small secret can be worth millions, or even billions, of dollars.

If the owner does not take proactive steps to protect trade secrets, then he may lose his rights. Several small efforts can add up to adequate protection. Print “confidential” on documents, maintain details of secrets in a secure location, ensure that computer security is regularly updated and only provide access to secrets when people genuinely need to know about them. The most important way to protect such secrets is with non-disclosure agreements. Anyone who will be privy to this information should be asked to sign an agreement before receiving any confidential data.

These agreements can be enforced in the courts. If you think that you have a trade secret that needs to be protected, ask an intellectual property attorney about measures you can take. Drafting a general non-disclosure agreement may be a critical first step.